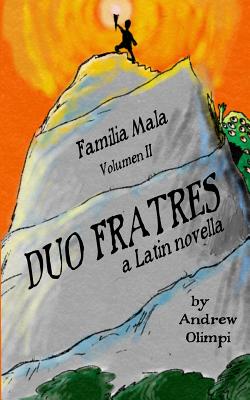 . . . And the world's first brain surgery

After the great war between the Titans and the gods, Titan brothers Prometheus and Epimetheus engaged in a dangerous game of sibling rivalry that escalates into betrayal, theft, and the punishment of the gods in this sequel to Familia Mala: Saturnus et Iuppiter.

Written in simple Latin and illustrated throughout by the author, this novella gives beginner and intermediate Latin readers a ring-side seat to the conflict.