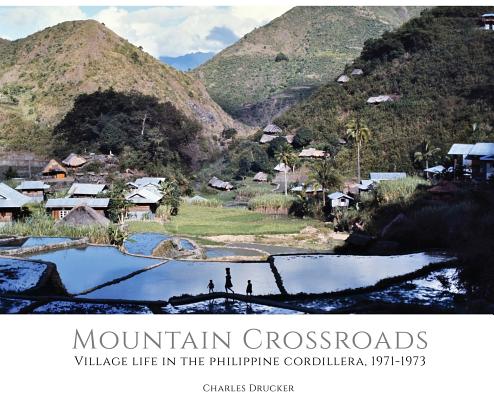 During the early 1970s, when the photographs in this book were taken, the people of the Cordillera mountains of Northern Luzon had arrived at a crossroads in their history. In this remote and rugged region of agricultural villages, the traditional way of life and the path to modernity were converging. The road forward was uncertain.

Most of these photographs were taken in and around the Municipality of Sadanga, in Mountain Province, where I was a guest for eighteen months from 1971-73. At the time, Sadanga and its neighboring barrios were some of the most traditional villages in the entire region, but even here, the forces of change were already at work, affecting dress, religion, family life, education and livelihoods. Many of Sadanga's elders still wore traditional dress, slept in thatch-roofed houses, and lived much as their own parents had. But their children and their grandchildren were already choosing very different paths in life.

The people of Sadanga spent much of their time growing rice in irrigated terraces, but life in this mountain village involved much more than the yearly cycle of agricultural tasks. Even on the busiest of agricultural work days, the villagers were engaged in a wide range of everyday activities. Children went to school, did chores, and played in pond fields and alleyways. Men built houses, constantly repaired them, and often moved them from one district to another. Weavers of baskets and cloth practiced their craft on their doorsteps. Men congregated at the district ward house, the Ato, for conversation and relaxation. People gathered on the road, at the town center, and in front of houses, tending children, socializing, and simply watching the comings and goings of their neighbors.

The images in this book represent a small sampling of life in a mountain village.

The photographs in this book were originally taken on color transparency, color negative and black-and-white negative film. In 2018, they were scanned to create a digital archive. The majority of the photos contained in this archive are reproduced here with little or no editing or modification. Captions for these images present a brief description, the time and place of the photograph and an archive index number. Most of the descriptions include the name of the individual being photographed.