The Apocalypse of John: A Preterist Commentary on the Book of Revelation (Paperback) 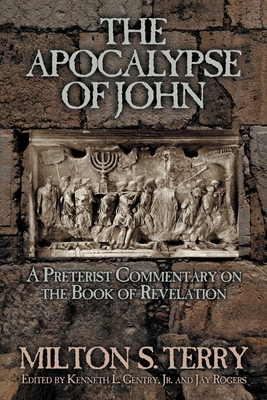 Milton S. Terry (1840-1914) was an Old Testament and hermeneutics scholar. This work is a preterist commentary on the Apocalypse (i.e., the Book of Revelation), which is the most Old Testament-oriented work in the New Testament. By frequently accessing Revelation's Old Testament backdrop, Terry provides a bull commentary that demonstrates that Revelation is a prophecy focusing on the coming destruction Jewish Temple in AD 70. Though he sees a portion of the last three chapters as touching on the future which was distant from the Apostle John's time, he sees Revelation's main concern as explaining the completion of the old covenant order in the establishing of the new covenant.