The Little Woods: Book One of the New Apocrypha (Paperback) 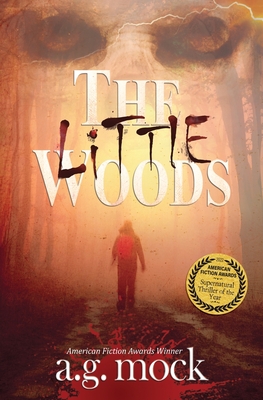 "I could not put it down Haunting imagery...supernatural phenomena...I highly recommend this book "

Do you believe in Demons? YOU WILL.

A group of boyhood friends in the summer of 1977. An annual rite of passage in a dark and alluring Pennsylvania wood. The channeling of a malevolent Presence.

And a childhood game about to go terribly wrong...

Two brothers in the summer of 1995, reunited by the unspeakable nightmare of their past. A bewitching tavern proprietress and psychic intuitive from New Orleans. The revelation of an apocryphal prophesy.

And a harrowing return to the woods haunted by something far more dangerous than a memory...

If you like the coming-of-age movie Stand by Me, are horror-stricken by Golding's Lord of the Flies, or delight in the terror of Stephen King's IT or Pet Sematary, then you'll love The Little Woods.

Frighteningly suspenseful and emotionally charged from page one, The Little Woods unfolds through two parallel-running storylines-each chapter alternating between the horrifying events of 1977 and their chilling repercussions in 1995.

When both converge, the result is a taut and twisted climax of biblical proportions and an ending certain to leave you as satisfyingly on edge as you are shocked

Will Ian exorcise the darkness that haunts him...or will it gain the power to consume us all?

YOUR SCARES ARE WAITING