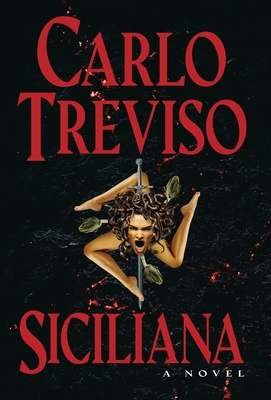 A family torn apart by conflict.

An uprising of deadly magnitude.

Inspired by actual events, Siciliana is the harrowing tale of a young woman's courage in the face of unthinkable turmoil.

In 1282 AD, the Kingdom of Sicily is under the rule of a tyrannical French king and subject to his brutal Angevin army. Daily acts of violence and persecution are commonplace in a once-prosperous realm.

For twenty-year-old Aetna Vespiri, daughter of a revered Sicilian knight, survival has become second nature. As a child, she witnessed the destruction of her family's vineyard by Angevin soldiers and spent the next decade learning the tenets of stiletto-blade combat.

Years later in Palermo, as the evening bells toll for Vespers, Aetna fends off a nefarious sergeant and sparks an uprising against the Angevin occupation. Now, standing at the forefront of an accelerating people's rebellion, Aetna finds herself fighting not only for a nation she believes in but also for the meaning of family. In her darkest hour, this dauntless Sicilian woman steps out of obscurity and into the pages of history.

The legend of Siciliana is born.

Set amid bustling Arab markets and brooding Norman fortresses, Siciliana will envelop readers in the sights, sounds, and dangers lurking around every corner of medieval Sicily.