In the Skin of a Monster (Paperback) 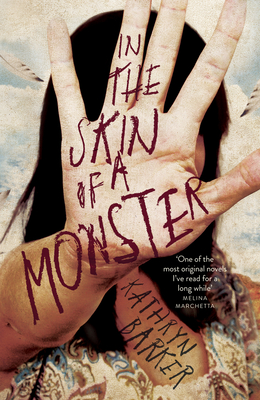 In the Skin of a Monster (Paperback)

Out of Print - This Title is Unlikely to be Available.
Three years ago, Alice's identical twin sister took a gun to school and killed seven innocent kids; now Alice wears the same face as a monster. She's struggling with her identity, and with life in the small Australian town where everyone was touched by the tragedy. Just as Alice thinks things can't get much worse, she encounters her sister on a deserted highway. Alice soon discovers that she has stepped into a different reality, a dream world, where she's trapped with the nightmares of everyone in the community. Here Alice is forced to confront the true impact of everything that happened the day her twin sister took a gun to school—and to reveal her own secret to the boy who hates her most.
Kathryn Barker is a film producer and former lawyer.
"This is a brave debut that has the potential to start powerful conversations about the emotional challenges facing young adults." —Books+Publishing