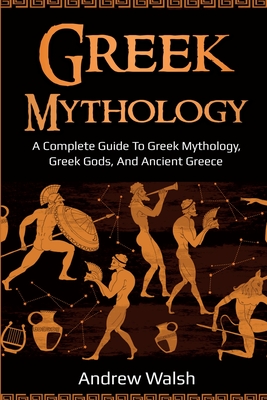 ﻿If you want to enter the world of Greek mythology and to learn about its heroes and villains, this book has all of it in store for you

This book covers a wide variety of the famous mythological tales of Greek origin. Whether you want to know about the birth of the Titans or how Medusa became a monster, you will find it all here.

If monstrous perils, heart-stirring adventures, and vengeful and scheming gods are something you are interested in, then this book will definitely appeal to your taste. Included inside are a variety of stories detailing acts of real bravery and also cowardice, Gods making selfless sacrifices and, on the other hand, committing brutal murders. All of this and more exists in the fascinating world of Greek Mythology

Here Is A Preview Of What You'll Learn About Inside...