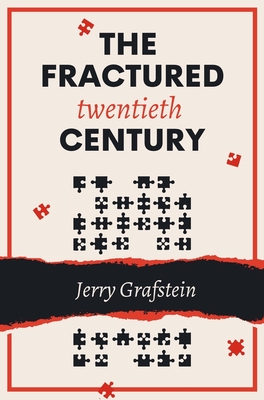 
Usually Ships in 1-5 Days
A personal history of the fragmented 20th century that has careened from modern technology to barbarity in a complex and confusing spiral. The author is the son of immigrants who were born thirty kilometres from each other in southern Poland. Fortuitously, due to religious ties, they met in Toronto in 1927, fell in love, married, and settled in London, Ontario in 1930. The author's father's life spanned the first half of the twentieth century until his tragic death in a street accident in 1950. His mother's life spanned the entire twentieth century, born in 1900, arriving in Canada in 1907, and she passed away in 2002, in Toronto, and remained lucid to the end. History repeats itself, while mistakes are little learned from errors, venality, and endless brutality. At best, he witnessed the descent from principle to pragmatism. He is fortunate in encountering fascinating personalities in politics, religion, arts, academia, and sports, all of whom left singular impressions on him and others in Canada and around the globe. Ultimately, he discovered that it is not the destination but the journey along the way that continues to astound and surprise him.
Jerry S. Grafstein served in the Senate of Canada from 1984 to 2010, was named as one of Canada's top 100 Public Intellectuals, is the author of Parade: Tributes to Remarkable Contemporaries ( 2017) and A Leader Must be a Leader ( 2019 ), and lives in Toronto, Canada.