Almost Human: The Story of Julius, the Chimpanzee Caught Between Two Worlds (Hardcover) 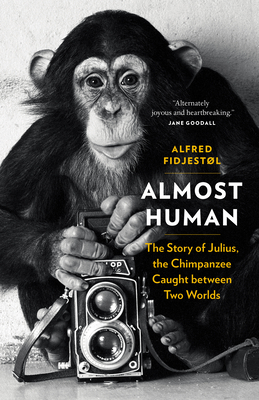 A moving and revealing biography of Norway's most famous chimpanzee.

Julius is a national celebrity, the inspiration behind pop hits and bestselling books.

He's also a chimpanzee, born in captivity, but raised in a zookeeper's home after his own mother rejects him. Julius's new parents change his diapers and comfort him when he has nightmares, and their daughters play with him. But soon they must reintroduce Julius to the zoo, a challenging task that brings new learnings on primate behavior and the dangers of animal celebrity.

Alternately humorous and heartbreaking, Almost Human shows that primates are more like us than we once thought possible. It also charts the transformation of one zoo over time: from a small operation of animals behind bars to a fast-growing attraction coming to terms with twenty-first-century views on animal rights and welfare.