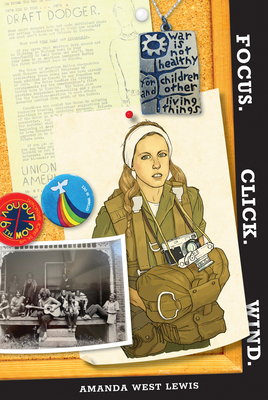 What if your country is involved in an unjust war, and you've lost trust in your own government?

Billie Taylor is no stranger to risky situations, but when she attends a student protest at Columbia University with her college boyfriend, and the US is caught up in violent political upheaval, her mother decides to move the two of them to Canada. Furious at being dragged away from her beloved New York City to live in a backwater called Toronto, Billie doesn't take her exile lightly. As her mother opens their home to draft evaders and deserters, Billie's activism grows in new ways. She discovers an underground network of political protesters and like minds in a radical group based in Rochdale College, the world's first "free" university. And the stakes rise when she is exposed to horrific images from Vietnam of the victims of Agent Orange - a chemical being secretly manufactured in a small town just north of Toronto.

Suddenly she has to ask herself some hard questions. How far will she go to be part of a revolution? Is violence ever justified? Or does standing back just make you part of the problem?