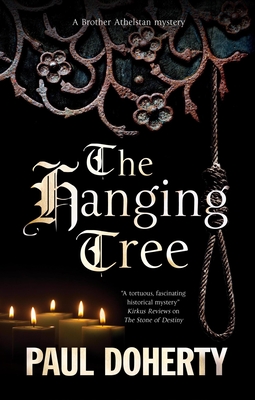 Brother Athelstan must solve a theft from the royal treasure chamber and the murders of six executioners in this gripping medieval mystery.

London. January, 1382. The Crown's treasury has been robbed. Tens of thousands of silver and gold coin mysteriously lifted from the most secure chamber in the kingdom; the five Clerks of the Dark who guarded the king's treasure brutally garrotted. Sir John Cranston and Brother Athelstan are appointed to investigate - but Athelstan has problems of his own. Clement the Key Master, who helped fashion the complex locks to the royal treasure chamber, has been found strangled in the nave of Athelstan's parish, St Erconwald's church. At the same time, six of the city's hangmen have been savagely murdered, their bodies stripped. Pinned to each corpse is a scrawled note: Vengeance The Upright Men never forget The Guild of Hangmen who frequent the majestic tavern, The Hanging Tree, on the River Thames, have petitioned for Sir John and Brother Athelstan to find the culprit. But have the sleuthing pair taken on more than they can handle . . . and could the two investigations be connected?

Paul Doherty studied History at Liverpool and Oxford Universities and is now a head teacher in Essex. He is the author of more than eighty historical mysteries including the Brother Athelstan, Hugh Corbett and Canterbury Tales medieval mystery series.