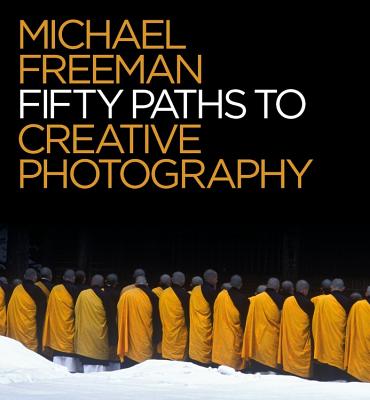 
"How can I be creative with my photography?" is the question Michael Freeman is asked more than any other by the thousands of photographers he speaks to each year. This book provides not one answer, but fifty.

The most important practical photography book in a decade.

The acclaimed follow up to global bestseller The Photographer's Eye will show you the paths the greatest photographers took to excellence so you too can take stand-out thrilling photographs.

In Freeman's own words: "There's a long line of opinion, from Plato through Kant, that holds creativity to be unteachable, and to be the province of genius. You have it or you don't. End of story. I don't agree"

By looking at the work of other great photographers, as well as Freeman's own work, the book provides the reader with 50 "paths" they can explore to think about taking photos, looking at subjects from cliché to zen, so you will be able to hit the right point in surprise, originality, insight and execution every time.

Michael Freeman, professional photographer and best-selling author, was born in England in 1945, took a Masters in Geography at Brasenose College, Oxford University, and then worked in advertising in London for six years. In 1971 he made the life-changing decision to travel up the Amazon with two secondhand cameras, and when Time-Life used many of the pictures he came back with, he embarked on a full-time photographic career.

Since then, working for clients that include all the world's major magazines, most notably the Smithsonian Magazine (for which he has shot more than 40 stories over 30 years), Freeman's reputation as one of the world's leading reportage photographers has been consolidated. Of his many books, which have sold over 4 million copies worldwide, more than 60 titles are on the practice of photography. For this photographic educational work he was awarded the Prix Louis Philippe Clerc by the French Ministry of Culture.

Freeman's books on photography have been translated into 27 languages.