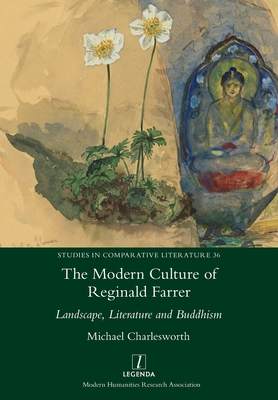 The British plant-collector Reginald Farrer (1880-1920) became a Buddhist in Ceylon, and his published works contain lively and uninhibited critiques of British society and civilisation partly informed by this alternative perspective. He came to love Asia, spending four years in China, Tibet and Burma, and nine months in Japan. A moderniser in the fields of garden design and garden-writing, he made famous plant introductions, also producing novels and travel-writing, paintings and photographs. In 1917 Farrer visited the Great War's Western Front and published a book describing the emotional effect of that experience. He is very much an unknown and unsung hero of twentieth-century culture. Charlesworth explores all Farrer's activities, particularly his involvement with two strong forces within the cultural dynamics of the early twentieth century: modernism and Buddhism.

Michael Charlesworth is Professor of Art History at the University of Texas at Austin.