Weapons and Fighting Tactics of the Waffen-SS (Paperback) 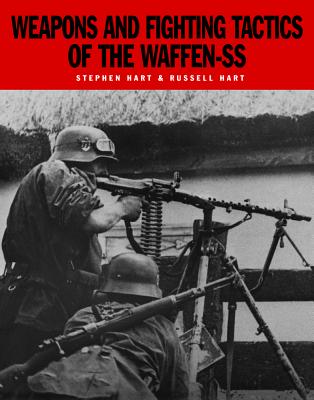 By Russell Hart, Stephen Hart
$29.95
Email or call for price.

The divisions of the Waffen-SS were the elite of Hitler's armed forces in World War II, but what is often forgotten is that their military achievements were due in no small measure to the hardware they deployed. Weapons and Fighting Techniques of the Waffen-SS examines in detail the military equipment used by Hitler's elite. Included are all the most important types of small arms, anti-tank weapons, armoured personnel carriers and tanks employed by the 'death's head' soldiers between 1939 and 1945. The book explains how the weapons were used, including accounts of SS soldiers in action, such as panzer ace Michael Wittmann. As many of the elite divisions of the SS were armoured formations, the book has detailed chapters on German tanks, such as the Panzer V 'Panther', Panzer VI 'Tiger' and Tiger II 'King Tiger'. Panzer tactics, such as the Panzerkeil ('armoured wedge'), are also explored. Illustrated with photographs and detailed artworks, Weapons and Fighting Techniques of the Waffen-SS is a complete record of the deployment and use of the weaponry in the service of the Waffen-SS in World War II.

Dr Stephen Hart is a Senior Lecturer with special responsibilities at the Department of War Studies, the Royal Military Academy Sandhurst. He has been published widely on military history topics, particularly British and German operations during WWII.