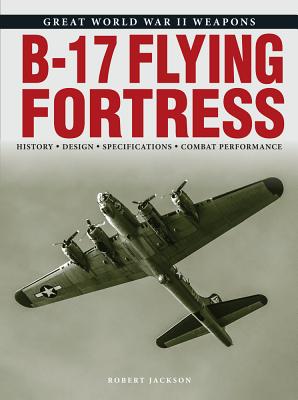 From a former pilot and military expert comes a superbly illustrated and technically detailed look at an iconic fighter plane: the B-17 Flying Fortress. Designed in the mid-1930s, the Boeing B-17 became a mainstay of Allied bombing raids against Nazi Germany. Unremitting and crushing attacks by hordes of these planes helped bring the Third Reich to its knees and drove the German high command to consider ever-more-desperate antidotes to aerial intruders. B-17 Flying Fortress gives a complete account of the aircraft from its first appearance--in response to a 1934 Army Air Corps specification--to its retirement. It covers the B-17's design and development history, with its ever-increasing armaments; the units that operated this legendary bomber; how missions were flown; and the aircraft's wartime career. A final chapter details the B-17 variants, including the YB-40, a bomber converted to a 30-gun escort.

Robert Jackson is a former pilot and navigational instructor. Now a writer in military, naval, and aviation affairs, he has over 90 books to his name, including Spitfire, The Encyclopedia of Military Aircraft and Warplanes of World War II. He lives in Darlington, County Durham, UK.