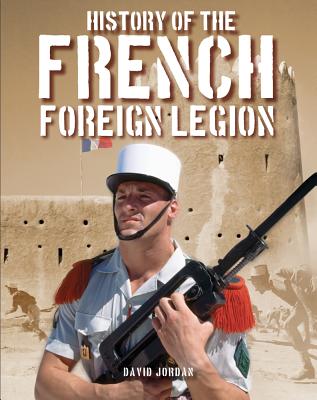 Take an inside look into the history of one of the world's most enigmatic military forces: the French Foreign Legion. Using an aggressive and arduous training program, The French Foreign Legion has turned itself into one of the world's elite forces, a status it has continually maintained in battles of extraordinary courage and bloodshed. Yet it remains mysterious, the stuff of legends and Hollywood movies. History of theFrench Foreign Legion reveals the reality behind this compelling unit, from its participation in the conquest of Algeria in the 1840s to its role in the war against terrorism today. Illustrated with 120 images, this absorbing study explores the ascetic lifestyle of a legionnaire, with firsthand accounts of training and punishments; dispels myths about joining the Legion, and describes in detail the recruitment and selection process. Chapters on specialist training discuss the Legion soldiers' technical and tactical excellence as well the units' superb equipment and weaponry. This book is a fascinating journey into a military world that is almost unique in the history of men-at-arms.

David Jordan is Senior Lecturer at the Joint Services Command and Staff College, Shrivenham, where he teaches Intermediate and Advanced Staff courses. He joined the Defence Studies Department of Kings College London in June 2000 from the University of Birmingham. He is Chairman of the Board of Examiners for the MA in Defence Studies. His books include The Timeline of World War II and Wolfpack.