Ancient Battlefields: Conflict Sites in North-Western England from the Roman Period to 937 A. D. (Paperback) 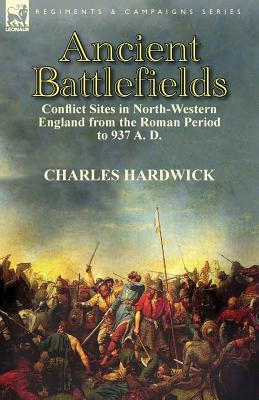 Battle sites of the Anglo-Saxon period This book is a thorough academic examination of ancient battlefield sites in the north-western region of England. The author has engaged in highly detailed and in-depth research and referencing and so this book is perhaps best suited to the serious student of the subject rather than the casual reader. Hardwick examines battles fought in the region from the earliest times, including the Roman period, and takes into account the basis of those derived from legend. It is divided into three sections which focus upon the sites of the battles which brought about the death of St. Oswald of Northumbria at Maserfield in A. D. 642, the battles fought in the Ribble Valley at Whalley and Clitheroe and Athelstan's victory at Brunanburh in A. D. 937.
Leonaur editions are newly typeset and are not facsimiles; each title is available in softcover and hardback with dustjacket.