Armour & Weapons: A Concise Illustrated History from the 11th to the 17th Centuries (Paperback) 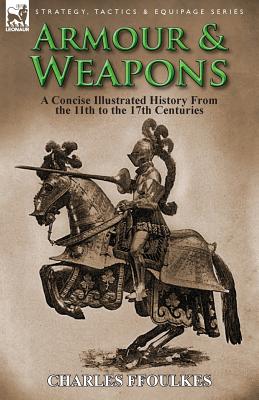 An illustrated guide This concise 'handbook' provides an overview, supported by numerous illustrations and diagrams, of the development of arms and armour in Europe. The work is conveniently divided into sections, notably 'The Age of Mail (1066-1277), ' 'The Transition Period (1277-1410)' and 'Plate Armour (1410-1600).' Focus is also given to the wearing of armour, its construction details, armour created for war-horses and the period of history during which armour reached its most decadent in appearance. This useful book concludes with an examination of the weapons employed to accompany the defensive armour worn in each period. It will be particularly useful to modellers, re-enactors and those creating theatrical performances and anyone interested in warfare in the medieval period and the history of costume.
Leonaur editions are newly typeset and are not facsimiles; each title is available in softcover and hardback with dustjacket.