The Curious Cases of Sherlock Holmes - Volume One (Paperback) 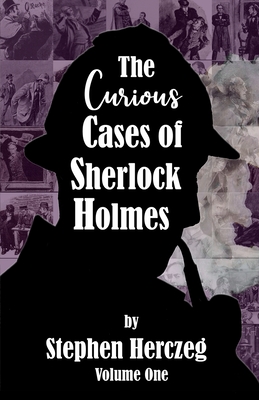 An eclectic mix of eight stories drawn from the annals of the MX Series of New Sherlock Holmes stories and the many Holmes anthologies of Belanger Books, all from the pen of emerging pastiche author Stephen Herczeg.

Holmes is presented with a dishevelled and confused man that appears to be from another century. Time travel, or something more mysterious?

Several years after the mystery of the Engineer's thumb, Victor Hatherley is again at odds. Will Holmes discover his whereabouts and save him? And what is the connection to Holmes's greatest foe of all?

Death from the venomous bite of a rare Gila Monster. An accident or is the innocent looking herpetologist not what he seems?

A bomb appears beneath the floor of Parliament, along with a threat from Sudanese terrorists. Will Holmes make sense of the warning and identify the culprit?

Holmes must solve the mystery of a dead body found in an alleyway in a retrofuture of steam power.

Bodies appear to leave the morgue of their own accord. A mysterious fire draws Holmes to one conclusion. Zombies.

On the night of her arranged engagement to a German industrialist, a young woman disappears.

A derailed train, and a dead professor sees Holmes befriend an adventurous young woman to solve the mystery and foil the robbery of a priceless relic.