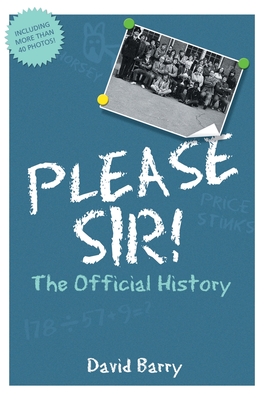 First broadcast in 1968, Please Sir is generally considered to hold a firm place in the distinguished ranks of the greatest British sitcoms. David Barry - known to millions as mummy's boy Frankie Abbott - was a fan favourite, appearing in all three series as well as both the 1971 feature film and spin-off TV show The Fenn Street Gang.

In this entertaining and expertly-written memoir, David tells the whole story, from his own audition all the way through to what the gang are doing today. Along the way he shares hilarious anecdotes and fond memories that for the first time give a behind-the-scenes look at what it was like to film the much-loved show that has remained a smash hit for more than fifty years. Included are more than forty pictures from David's own archive, adding depth to an already fascinating read.

This journey through the golden age of British sitcom and beyond will bring back all kinds of memories for those lucky enough to have seen Please Sir first-time around... and is an enjoyable waltz through TV history for those that didn't. If you've ever wondered what it was like to play a key part in one of the best-loved British sitcoms of all time, this is the perfect book for you