A Practical View of the Prevailing Religious System: ...of Professed Christians in the Higher and Middle Classes in this Country, Contrasted with Real (Paperback) 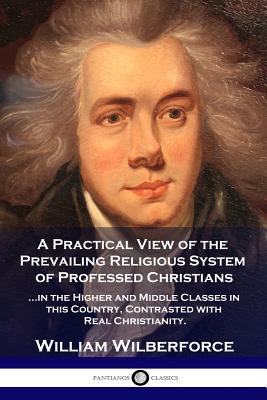 A Practical View of the Prevailing Religious System: ...of Professed Christians in the Higher and Middle Classes in this Country, Contrasted with Real (Paperback)

Renowned abolitionist William Wilberforce turns his gifts of wit and analysis to the Christian faith, revealing and discussing differences between cultural and practical Christians.

Wilberforce is eager to draw a distinction between those who merely follow the traditions and motions of Christianity as a matter of formality - so-called 'cultural Christians' - and those who actively seek to behave and lead life in a Christian manner. For the author, this means strict adherence to a moral code, and backing one's faith up with consistent action that is righteous and clearly inspired by the teachings of Jesus Christ.

Real Christianity, claims Wilberforce, is altogether less common than the inauthentic and hollow 'cultural Christianity' that pervades society. Optimistically however, Wilberforce believes that anyone born in a Christian society can with effort and will become practical Christians; to this end, he suggests numerous scriptural passages and demonstrates how people can properly respect and incorporate doctrines into their everyday lives.

Though most famous for his efforts to abolish slavery in the United Kingdom and wider world, William Wilberforce was also a conscientious man of faith who felt moved to express his beliefs in writing. Known for being both eloquent and frankly spoken, it was the plainness of Wilberforce's speech that accounted at least partly for his fame and recognition in early 19th century affairs.