Some Principles of Maritime Strategy (Paperback) 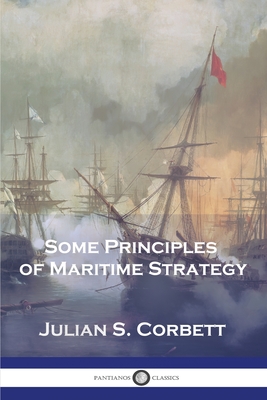 Some Principles of Maritime Strategy (Paperback)

In his excellent book explaining naval strategy, Julian S. Corbett examines sound maritime strategy. Crucially, he advances the view that navies could perform much better if their role in assisting land warfare and amphibious forces were increased.

Writing in the early 20th century, Corbett draws upon centuries of naval battles and identifies several common strains to discuss. The development of sound war strategies at sea was often a process of trial and error - the author elects to explain how strategy evolved as much from calamity as from proven practice. How a naval force should be assembled, how it should assume formation upon the sea, and how concentrations and dispersal of ships should be organized each receive discussion.

Although naval warfare has substantially changed since this book's original publication, it continues to be consulted for its timeless and sound advice. Corbett's era predated the extensive use of submarines and aeroplanes in naval combat, but his conclusions remain sound and sought after even in the tutoring of modern maritime strategy. His concepts of war, that build upon Clausewitz's ideas of offense and defense, and of naval power as an extension of a nation's objectives are important to strategists to this day.

The final part of this book is concerned with sound command aboard a given vessel, and across a fleet. Corbett discusses what constitutes competent command of a ship, and how adept command has an immense bearing in any occasion. Good command could help preserve a crucial war asset in any scenario, heightening the efficiency of the naval force and contributing to eventual victory.

Julian S. Corbett was a civilian historian, but had an immense interest and ability in the field of naval theory and combat. Although his views were often disregarded by many military leaders of his day, over the years his opinions have proven both valid and valuable.