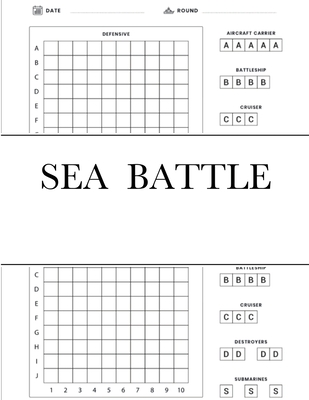 
Usually Ships in 1-5 Days
Sea Battle is a strategy guessing game that first became popular during World War I and was originally played as a paper and pencil game and known as Battleship. Milton Bradley created the board game 'Battleship' in 1967. That board game is now owned by Hasbro brand. 100 paper grid game for Hours of fun For friends and family, 7 to 77 years Classic game Large book 8.5x11 inch.