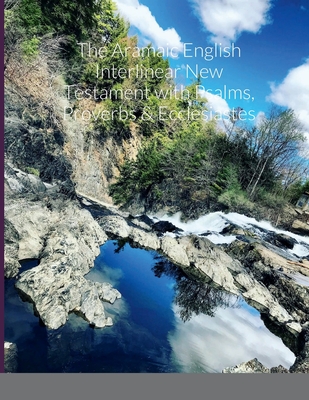 
Usually Ships in 1-5 Days
This is a translation of The Aramaic New Testament (Aramaic was the language of Jesus and his countrymen of 1st century Israel) in an interlinear word for word new translation of The Peshitta New Testament. A translation of the Psalms, Proverbs & Ecclesiastes from the ancient Peshitta OT Version is included at the end. Aramaic was used in Mel Gibson's film "The Passion of the Christ" to make the film as realistic and accurate as possible. This New Testament will surprise and thrill the reader with its power and inspiration coming from the words of "Yeshua" ("Jesus" in ancient Aramaic) as He originally spoke them, in a literal and readable English rendering. Every Aramaic word of the Peshitta is displayed in the elegant Levistam Hebrew-Aramaic script with an English rendering to the left of each Aramaic word. 8.5x11" paperback.