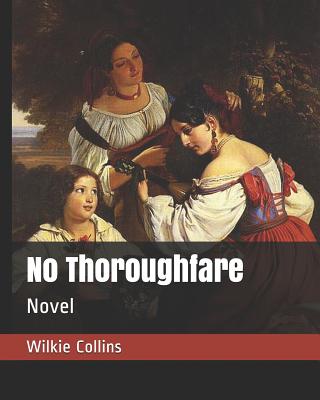 By Charles Dickens, Wilkie Collins
$7.70
Email or call for price.

Charles John Huffam Dickens (7 February 1812 - 9 June 1870) was an English writer and social critic. He created some of the world's best-known fictional characters and is regarded by many as the greatest novelist of the Victorian era. His works enjoyed unprecedented popularity during his lifetime, and by the 20th century critics and scholars had recognised him as a literary genius. His novels and short stories are still widely read today...William Wilkie Collins (8 January 1824 - 23 September 1889) was an English novelist, playwright, and short story writer, best known for The Woman in White (1859), No Name (1862), Armadale (1866) and The Moonstone (1868). The last has been called the first modern English detective novel. Born to the family of painter William Collins in London, he grew up in Italy and France, learning French and Italian. ..No Thoroughfare is a stage play and novel by Charles Dickens and Wilkie Collins, both released in December 1867.BackgroundIn 1867 Charles Dickens and Wilkie Collins collaborated to produce a stage play titled No Thoroughfare: A Drama: In Five Acts. The two had previously collaborated on the play The Frozen Deep. This was the last stage production to be associated with Dickens, who died in June 1870. The play opened at the Adelphi Theatre on 26 December 1867.The novel No Thoroughfare was also first published in 1867, in the Christmas number of Dickens's periodical All The Year Round. There are thematic parallels with other books from Dickens's mature writings, including Little Dorrit (1857) and especially Our Mutual Friend (1865).The publication of the story in All The Year Round represents an early example of commercial merchandising, promoting the story to those who were aware of the stage play, and the play to those who had read the book. The chapters of the book are referred to as 'acts', and match the acts of the play.In the book Collins assisted in Act 1 and Act 4; Collins scripted most of the stage play with Dickens's assistance.