Under the Wave at Waimea (MP3 CD) 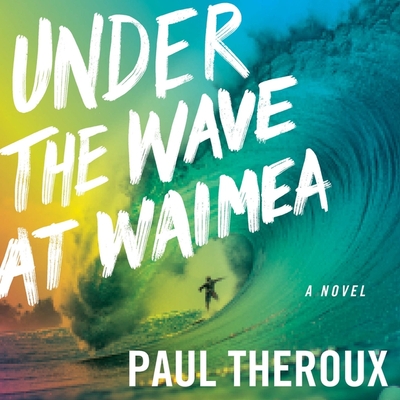 "Theroux's work is like no one else's." -Francine Prose, New York Times Book ReviewFrom legendary writer Paul Theroux comes an atmospheric novel following a big-wave surfer as he confronts aging, privilege, mortality, and whose lives we choose to remember. Now in his sixties, big-wave surfer Joe Sharkey has passed his prime and is losing his "stoke." The younger surfers around the breaks on the north shore of Oahu still idolize the Shark, but his sponsors are looking elsewhere. One night, while driving home from a bar after one too many, Joe accidentally kills a stranger near Waimea, a tragedy that sends his life out of control. As the repercussions of the accident spiral ever wider, Joe's devoted girlfriend, Olive, throws herself into uncovering the dead man's identity and helping Joe find vitality and refuge in the waves again. Set in the lush, gritty underside of an island paradise readers rarely see, UNDER THE WAVE AT WAIMEA offers a dramatic, affecting commentary on privilege, mortality, and the lives we choose to remember. It is a masterstroke b y one of the greatest writers of our time.