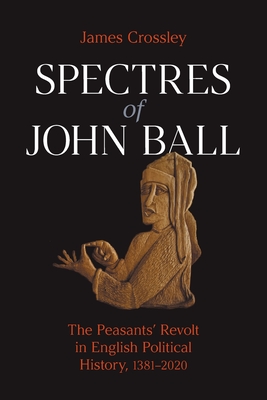 
Usually Ships in 1-5 Days
For centuries, the priest John Ball was one of the most famous - or infamous - figures in the history of English rebels. Ball was one of the central figures of the Peasants' Revolt of 1381 and was soon vilified, receiving a hostile press for 400 years as an archetypal enemy of the state and a religious zealot. His reputation was rescued at the end of the eighteenth century, and, for over one hundred years, he rivalled Robin Hood and Wat Tyler as a great English folk hero. But his 640-year reception involves much more.
Spectres of John Ball explains how we get from an apocalyptic priest and advocate for violent retribution to someone who promoted democracy and vague notions of love and tolerance. This book also explains why he has gone out of fashion - and whether he can make another comeback.