The Dissolution of the Monasteries in England and Wales (Paperback) 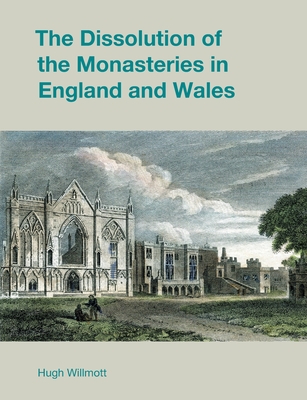 The Dissolution of the Monasteries in England and Wales (Paperback)


Usually Ships in 1-5 Days
This book provides a timely and original overview of the Dissolution of the Monasteries and its longer term affects on the social and physical landscape of England and Wales during the decades that followed. Combining for the first time the full wealth of archaeological evidence gathered over the last century with the established documentary sources, it takes a more nuanced approach to the understanding of an event that has polarised debates ever since the 16th century. The book examines the most immediate and destructive outcomes of the Dissolution, such the ruination and asset stripping of religious property and the dispersal of monastic lands. However, it also presents its longer term, albeit often unexpected, outcomes such as the creation of economic opportunities for individual entrepreneurs and civic authorities, the stimulation of new forms of polite architecture, and the development of previously unimagined leisure landscapes. It concludes that whilst the Dissolution had devastating impact upon those in religious orders, its lasting legacy was the remarkable preservation of the country's medieval Christian heritage through the monuments and archaeological sites that remain to this day in every area of the country. Whilst primarily focusing on archaeological material, the book also encompasses a range of diverse historical sources. It is aimed at students and scholars seeking an introduction to the main debates surrounding the Dissolution, as well as providing original in-depth case studies to illustrate these.