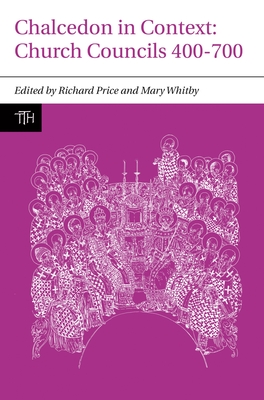 
Email or call for price.
This collection of essays has its origin in a conference held at Oxford in 2006 to mark the publication of the first English edition of the Acts of Chalcedon. Its aim is to place Chalcedon in a broader context, and bring out the importance of the acts of the early general councils from the fifth to the seventh century, documents that because of their bulk and relative inaccessibility have received only limited attention till recently. This volume is evidence that this situation is now rapidly changing, as historians of late antiquity as well as specialists in the history of the Christian Church discover the richness of this material for the exploration of common concerns and tensions across the provinces of the Later Roman Empire, language use, networks of influence and cultural exchange, and political manipulation at many different levels of society. The extent to which the acts were instruments of propaganda and should not be read as a pure verbatim record of proceedings is brought out in a number of the essays, which illustrate the fascinating literary problems raised by these texts.

Richard Price is Lecturer in the History of Christianity at Heythrop College, University of London and author of an annotated translation on 'Theodoret, History of the Monks of Syria'. He has edited the 'Acts of the Council of Chalcedon', published in the TTH series. Mary Whitby is Instructor in Greek and Latin in the University of Oxford and Lecturer in Ancient Greek at Merton College, Oxford. She is a General Editor of the Translated Texts for Historians series.

“With regard to thoroughness and overall attention, there is no equivalent to this collection available in English: each essay, followed by a comprehensive bibliography, offers yet one more illustration of how Chalcedon continues to speak to all of Christ’s church.”—Journal of Ecclesiastical History