The Science of Learning (Paperback) 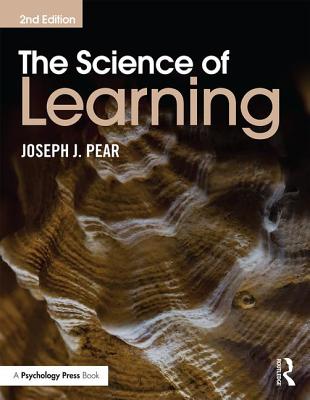 For over a century and a quarter, the science of learning has expanded at an increasing rate and has achieved the status of a mature science. It has developed powerful methodologies and applications. The rise of this science has been so swift that other learning texts often overlook the fact that, like other mature sciences, the science of learning has developed a large body of knowledge. The Science of Learning comprehensively covers this knowledge in a readable and highly systematic manner. Methodology and application are discussed when relevant; however, these aspects are better appreciated after the reader has a firm grasp of the scientific knowledge of learning processes. Accordingly, the book begins with the most fundamental and well-established principles of the science and builds on the preceding material toward greater complexity. The connections of the material with other sciences, especially its sister science, biology, are referenced throughout. Through these frequent references to biology and evolution, the book keeps in the forefront the recognition that the principles of learning apply to all animals. Thus, in the final section the book brings together all learning principles studied in research settings by demonstrating their relevance to both animals and humans in their natural settings. For animals this is the untamed environment of their niches; for humans it is any social environment, for Homo sapiens is the social and learning animal par excellence.

Joseph J. Pear received his B.S. from the University of Maryland and M.A. and Ph.D. from The Ohio State University. He is currently a professor of psychology at the University of Manitoba. A fellow of Division 6 (Behavioral Neuroscience and Comparative Psychology) and Division 25 (Behavior Analysis) of the American Psychological Association, Pear does both basic and applied behavioral research. For his applied research, he developed the Computer-Aided Personal System of Instruction (CAPSI), an instructional program based on the Keller Plan. CAPSI is an award winning web-based program that is used to teach courses at the University of Manitoba and other universities in Canada and the United States. It is also a research tool that he and his graduate and undergraduate students use to study the teaching and learning dimensions of university education and institutional staff training. For his basic research, he developed a video-training system that he and his graduate and undergraduate students have used to study pigeon operant behavior and currently use to study fish operant behavior. In addition to The Science of Learning, Pear has written two other books, also published by Taylor & Francis: Behavior Modification: What It Is and How to Do It with Garry Martin, now in its 10th edition, and A Historical and Contemporary Look at Psychological Systems. Pear has also written numerous research articles, book chapters, and encyclopedia articles.