It's All about the Brain: The Role of the Brain in Child Sexual Abuse and Restoration (Predator-Proof Your Family #6) (Paperback) 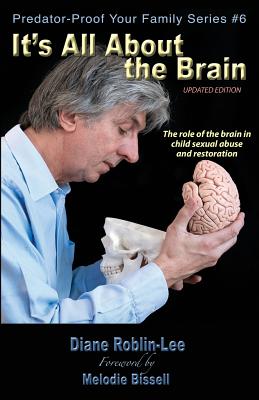 It's All about the Brain: The Role of the Brain in Child Sexual Abuse and Restoration (Predator-Proof Your Family #6) (Paperback)

This is book number 6 in the Predator-Proof Your Family series.

There is plenty of evidence surfacing to suggest that the stress of child molestation can cause actual brain damage in some individuals - but that the damage may be reversible.

To get on with life in a healthy way after abuse, the mind of the victim has to be given permission to let go of toxic emotions tied to the abuse and the abuser and let the law do the job of dealing with the perpetrator.

Dr. Caroline Leaf contends that the primary means of healing toxic thoughts, emotions and bodies is by consciously controlling one's thought life. Find out how this can happen in It's All About the Brain.

How was it possible for Diane Roblin-Lee to have been married for 38 years without knowing that her husband, 13 years into the marriage, had begun to molest children?

The answer lies in the fact that child-molesters are such highly skilled manipulators that they can fool even a mate with whom they live - and convince a child that keeping the deep dark secret is critically important for both of them. They are usually so addicted to pornography that acting out the taunting perversions of their porn-soaked brains becomes the driving force of their lives.

Once the fog from the shock, betrayal, and shame of her husband's crimes began to clear, Diane wondered how any young mom could possibly be expected to protect her children from a predator - if she had lived with one for all those years and not recognized the signs.

Following her divorce, the sale of her home, and the dismantling of their business, Diane immersed herself in research and emerged with the Predator-Proof Your Family Series, breaking the silence in which predators hide. The publishing of this series of nine booklets is Diane's way of turning her brokenness, and that of her family, into information and protection for other children and other families.

The eightfold purpose behind the Predator-Proof Your Family Series:

- To protect children from molestation through raising awareness on many levels

- To be aware of the new challenges of parenting in the 21st century.

- To find healing for victims and families

- To encourage the kind of justice and community action that prevents potential or convicted predators from initial offending and re-offending.

- To demonstrate to all those who have been molested that we care deeply about what you have endured and, in honor of you, are doing all we can to protect other children from sharing your experience.