Somewhere Out There: A gripping, action-packed adventure thriller (Paperback) 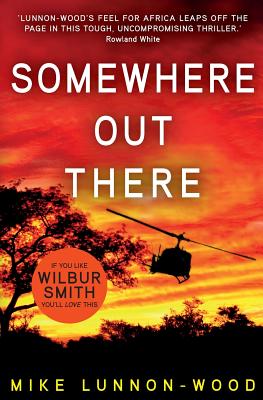 'IF YOU LIKE WILBUR SMITH AND TOM CLANCY, YOU'LL LOVE SOMEWHERE OUT THERE' ROWLAND WHITE

Max Seager was the best there was. His skills sharpened in the midst of a brutal African civil war, he was at once a policeman, soldier and detective - a tracker of men. He thought he'd left that life behind him, but then he learns that his particular expertise is required again.

Two teenage girls have been abducted and are being held to ransom, hidden deep within the Zimbabwean bush that was once his hunting ground. The mother of one of the girls begs him to help and, unable to walk away, Max returns to Africa with a handpicked team of former comrades-in-arms.

But it soon becomes clear that nothing is quite what it seems and that if he is able to find the girls, it might only open the door to something far more sinister...

'Lunnon-Wood's feel for Africa leaps off the page in this tough, uncompromising thriller' Rowland White

SOMEWHERE OUT THERE is the first book Mike Lunnon-Wood wrote but has never previously been published. Mike passed away in 2008 and the manuscript was only discovered by his son Piers some years later along with another unpublished thriller which will be published shortly. Mike is the author of six other outstanding thrillers available from Silvertail Books: Let Not The Deep, King's Shilling, Congo Blue, Long Reach, Dark Rose and Angel Seven.