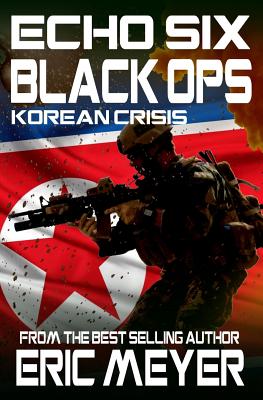 This is book number 3 in the Echo Six: Black Ops series.

North Korea has achieved a breakthrough with nuclear warheads, and is about to arm their strategic missiles. Weapons which could set the world ablaze. The Echo Six unit commander, Abe Talley, is ordered to take his men across the 38th Parallel. Their mission is to locate and destroy the nukes. As well as their creators. They must enter the heart of the most secretive, repressive and brutal nation on earth. And somehow find a way back.

The men of Echo Six, the elite NATO Special Forces unit, are no strangers to the shadowy world of behind-the-lines missions. But this one is different. Some say it is even a suicide mission. The action is bloody and explosive, and the unit is constantly savaged by an enemy that is both vicious and overwhelming. Yet the bloody expedition is not the only challenge they have to face. Treachery and betrayal dog their footsteps at every turn.

This is a truly thrilling story of vicious and cruel fighting, mixed with the politics of deceit and betrayal. A story that is full of explosive twists and turns. Echo Six: Black Ops 3 is a worthy, action packed sequel to the best selling Echo Six - Black Ops novels.