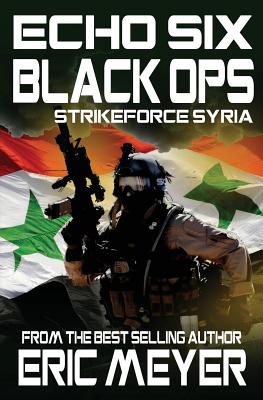 The war in Syria has become a massive, life or death struggle between two Islamic foes, the Syrian Army and the rebels. Each tries to outdo the other, with bigger and better weapons. Until they cross the line and start production of the deadly CX9 nerve gas. The time for the West to watch is over. Now it's time for direct action.

The Echo Six commander, Abe Talley, is ordered to lead his men into Syria, to locate and destroy the CX9, and eliminate its creators. The men of Echo Six, the elite NATO Special Forces unit, are no strangers to behind-enemy-lines operations. But this mission may be their toughest yet. They face the prospect of engaging two opposing forces in the region's most brutal civil war, and both sides are determined to kill the infidel invaders. Talley's men will have to fight an enemy that seems to anticipate their every move, and fights with untold savagery.

This is a superb thriller, a story that vividly portrays the explosive action of SpecOps missions, the men, the weapons, and the equipment. A story full of twists and turns. Echo Six: Black Ops 5 is a worthy, action packed sequel to the previous four best selling Echo Six - Black Ops novels.