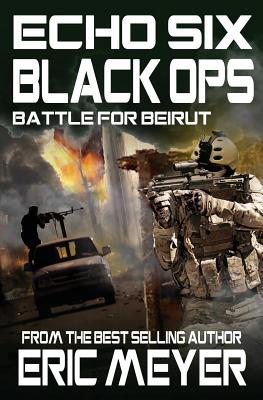 This is book number 6 in the Echo Six: Black Ops series.

After a blazing operation to destroy Syrian chemical weapons, it is time for Echo Six to take a well-earned furlough. Until Lieutenant-Commander Talley's girlfriend disappears in the war-torn city of Beirut. And Hezbollah kidnaps a senior member of the United Nations.

NATO orders the elite Special Forces unit to locate and recover the diplomat. The trail leads to a Hezbollah refugee camp. Located on the Southern Lebanese border with Israel, it is home to some of the worst, most vicious fighters in the Middle East. The solution - to send in an elite force, men whose toughness and fighting skills are more than a match for the Islamic fundamentalists. These are the men of Echo Six.

The action that follows is a bloody battle stretching from the city of Beirut, across Lebanon and even into Saudi Arabia. The cruel influence of Hezbollah stretches across the entire region, where they are renowned for trafficking women for guns and executing all who stand in their way. A violent story of heroism, deceit and betrayal. Echo Six: Black Ops VI Battle for Beirut is a worthy, action packed sequel to the best selling Echo Six - Black Ops novels.