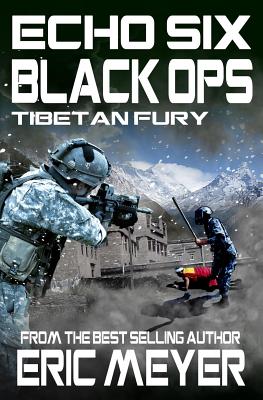 This is book number 7 in the Echo Six: Black Ops series.

An intelligence failure condemns Echo Six, an elite NATO SpecOps unit, to walk into a bloody trap inside Kashmir. Outnumbered and outgunned, they are forced to retreat under heavy fire. Airlifted back to Afghanistan, Lieutenant-Commander Abe Talley is aware they need time to rebuild. Time to train replacements for those men whose bodies they left behind in the snows of Kashmir. However, the clock is ticking, and once again, they are thrown back into combat.

The Chinese have arrested a Buddhist monk on charges of espionage and sentenced him to death. Unknown to his captors, this is no ordinary monk. David Campbell is the stepson of the wealthy White House Chief of Staff. David turned his back on the trappings of Western civilization and adopted the lifestyle of a Tibetan Buddhist. The White House is adamant he must be brought home. However, they cannot involve American forces, in what would amount to an act of war on China. The solution? Echo Six. This time they will go head-to-head with the Chinese People's Liberation Army. Echo Six must penetrate the Chinese ring of steel around Tibet and bring out the American monk alive.

The bloody battles stretch from the city of Lhasa, across Tibet, and into the snow-covered peaks of the Himalayas. This is a story of heroism, betrayal, and the brave operators of Echo Six. Black Ops VII Tibetan Fury is a worthy action packed sequel to the best selling Echo Six - Black Ops novels.