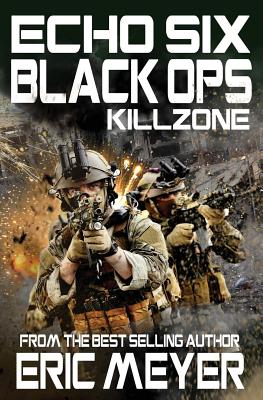 This is book number 11 in the Echo Six: Black Ops series.

An ISIS terror group snatches the US Ambassador in France, the latest high-level kidnap. After a failed Turkish rescue effort, the President demands they assign the best NATO unit to the task. That unit is Echo Six, led by Lieutenant-Commander Abe Talley, and each man is a veteran of an elite NATO unit. Yet Echo Six is about to come up against an enemy force that is equally well trained, well-equipped, and able to bring overwhelming numbers of fighters into battle.

They quickly discover ISIS has secret bases in multiple countries outside Iraq and Syria. In Turkey, in Europe, and beyond. Finding them proves impossible, until they uncover their first lead. Information that dates all the way back to World War II. To Nazi support of the Islamic leadership in what was once the region called Palestine. The hunt leads them to Berlin, where a diehard SS man is serving life in prison. Then to Turkey, to Syria, and into Iraq. The body count rises, and they are no nearer to finding the kidnap victims. Until they encounter the biggest surprise of all, and they must muster all of their courage and fighting skills if they are to stand any chance of completing their objective, and getting out alive.

This is a thrilling and bloody story of NATO Special Forces, operating behind enemy lines. Men trained to go to any lengths to complete their mission, and to die for it if necessary. Previously published as Echo Six: Black Ops - ISIS Death Squad. Echo Six Black Ops: Killzone is by the bestselling author of many other Spec Ops stories. These include the popular SEAL Team Bravo titles, the Raider series, as well as the Echo Six and Devil's Guard series of military fiction.