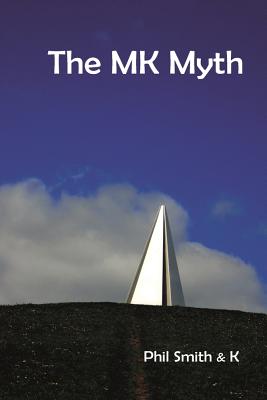 The MK Myth is the first ever ‘walkable novel’. Set in Milton Keynes, UK it has created a new myth for the city and anyone can walk its route and enjoy its fictional adventure, either reading as they wander or in the comfort of their armchair. The novel seeks to respond to the generally accepted misrepresentation of MK as a soulless collection of roundabouts and reveals the ignored mysteries, wonders and tragedies of the city.

With a fully-described route through the city, the reader can literally walk in the footsteps of the central character ‘K’, a young woman who works as a marketing rep in a local company, as she finds herself having to cross the city on foot and discovering a city within the city. A city she had always been so close to but never knew. Along the way she meets a vast array of local characters from Amazon delivery men and wheezy female tour guides to a sixteenth century alchemist and the Archangel Gabriel. She visits a huge array of places, from beautiful chapels to hidden wastelands, from suburban obelisks to splendid windmills.

The plot of the novel concerns how attempts by ‘K’ to promote her new marketing program become sidetracked by a war in heaven and ‘K’ gets caught up in a battle between two motley groups of characters; but are they all parts of her own imagination? The resolution of her dilemmas and predicament is one that the reader plays a part in choosing.

Dr. Phil Smith has written more than 100 plays for companies including St Petersburg State Comedy Theatre, Opera North and Perpetual Motion, and he is a dramaturg with TNT (Munich)]. From site-specific performances in South Devon beach huts, lidos, tea shops and other unconventional settings, to mis-guides in National Trust properties, to counter-tours and drifts in city streets, Phil has long practiced what he preaches as a mythogeographer and walking artist. He is an Associate Professor in the School of Humanities and Performing Arts at the University of Plymouth and a visiting lecturer at the University of Exeter. He is also one of four core members of a group of artist-researchers called Wrights and Sites.