Canberra Boys: Fascinating Accounts from the Operators of an English Electric Classic (Paperback) 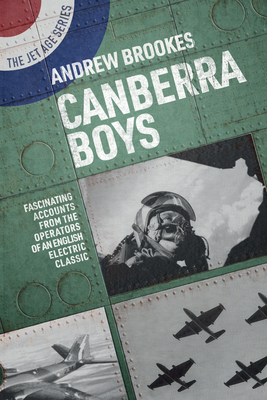 Canberra Boys: Fascinating Accounts from the Operators of an English Electric Classic (Paperback)


Email or call for price.
The English Electric Canberra first came into production in the late 1940s and has since played a hugely significant part in world events. In Canberra Boys, Andrew Brookes takes us through its rich history with the help of those who operated this magnificent machine. Contributors include Roly 'Bee' Beamont, the English Electric test pilot who first flew the aircraft in 1949. As part of the expansion of the RAF's Bomber Command in the 1950s, RAF Binbrook was the first station to house four Canberra squadrons, starting with 101 Squadron in May 1951. Since then and throughout the 20th century, the Canberra operated across the globe in Europe, South America and South East Asia. It has served an array of air forces such as the USAF, Australian air force and the Indian air force - the third largest operator of the Canberra after the RAF and USAF. This led to the Canberra playing a crucial role as a photo-reconnaissance aircraft in phenomenal operations like the Suez Campaign, the nuclear tests of Operation Grapple and the Indonesian Confrontation. Other tales in the book include participation in the Sassoon Trophy competition, long-distance flights in Exercise Round Trip, and Operation Quick Flight. Concluding with the Canberra PR9's final RAF flight on 39 Squadron in July 2006, this book provides a detailed and fascinating history of an outstanding aircraft alongside illuminating anecdotes from the men who served with it.