The Witch As Psychopomp (Hardcover) 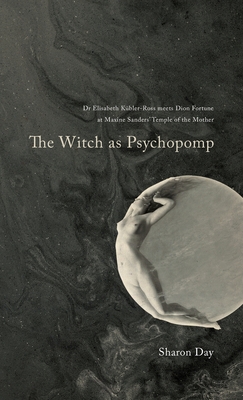 It is part of the human condition to reflect on our mortality and what, if anything, awaits us when we cross that final threshold that is death.

This book examines the work of three remarkable women who, separately but in ways that are remarkably similar, have endeavoured to support and comfort the dying.

Swiss-born Elisabeth K bler Ross began her pioneering work into both dying and, for those left to mourn, the subsequent grieving process in 1953. Her observations led to the Five Stages of Grief model that has since been developed and expanded by her successors. It is largely to her that we owe the growth of the hospice movement and the improvement of contemporary end-of-life care.

Occultists, too, and witches in particular, have long sought to escort the newly deceased beyond the event of their death, and as such become what the ancient Greeks called psychopomps or "guides of souls". Often, too, they have sought to comfort and encourage the dying even as they approach the gateway to the afterlife.

In the 1960s, Maxine Sanders, by then a well-known figure in contemporary witchcraft, was deeply influenced by K bler Ross' work. Less well known is that she herself sought to emulate it, discreetly acting both as psychopomp to the dying and counsellor to the bereaved.

Mrs Sanders' work was in no small way influenced by another of the three women mentioned in this book. This was Dion Fortune, an eminent British occultist during the 1930's and 40s, as well as author of Through the Gates of Death. In that book she describes the stages through which each soul passes as it proceeds from this world to the next.

Originally presented as a talk given by the author, Sharon Day, at the Death, Dying, and Disposal Conference 13, held at the University of Central Lancashire in 2017, this short book is not only informative but likely to bring comfort, as well as a measure of reassurance, to those in need of either.