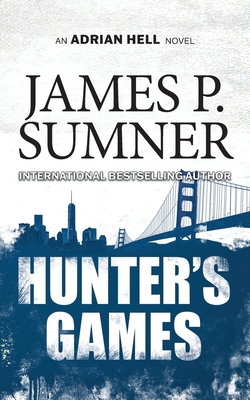 It's been a year since the explosive events in Nevada. Adrian Hell has kept a low profile, continuing to earn good money killing bad people. But a simple job in San Francisco is about to turn his world upside down.

San Francisco is under siege. A dangerous psychopath is terrorizing the city, leaving the authorities overwhelmed and the people scared. After a series of devastating attacks, the terrorist makes contact with the FBI. Their only demand:

This pulse-pounding thriller is the second novel in the award-winning Adrian Hell series, and features some of the most intense blockbuster action sequences ever written. If you're a fan of Robert Ludlum's Jason Bourne or Lee Child's Jack Reacher, you won't want to miss this