The Fossilarchy: It's a WAR for the WORLD (Paperback) 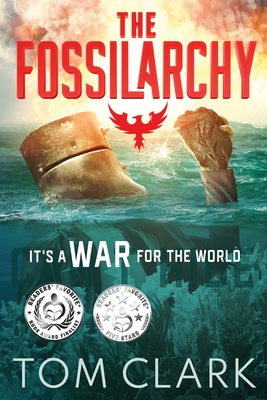 Wealthy Swiss businessman, Wolfgang Dreiser, hatches a drastic plot to save the world from climate meltdown. He recruits a crack team of retired Special Forces for a secret mission to Australia, all willing and able to blow what needs to be blown.

A man vows revenge on the coal industry and takes on the mantle of Ned Coaly, anti-fossil outlaw. In doing so, he unleashes a dark past and a killer out to get him.

A young woman, an Extinction Rebel, decides that blocking traffic is not enough and forms a new group, the Climate Commandos. Together, they take direct action to the next level.

Their fortunes converge as their enemies' fortunes explode.

All of them have the same target, a powerful and ruthless enemy-The Fossilarchy, the fossil fuel industry and its political cronies. Its power must be broken if the world and the young are to have a future.