Morven and the Horse Clan (Paperback) 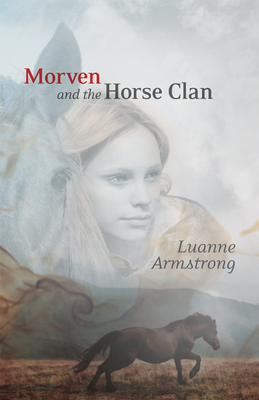 Morven and the Horse Clan (Paperback)


Email or call for price.
In 3500 BC, a killing drought forces Morven and her tribe to roam the steppes of Kazakhstan, struggling to survive. Fiercely independent and never quite feeling she belongs, Morven feels a greater kinship to animals than her own people. Despite ridicule, she befriends a herd of wild horses. She learns to ride and shows her clan the horses are not just a food source, but they can also help them survive. But it is not just Morven's people who are changed by knowledge. A brash young man from another tribe also learns from Morven. His goals, however, are not just to survive, but to conquer. Morven must learn to accept responsibility for the terrible changes she set in motion, and become a leader amongst her people, or they will die.
Luanne Armstrong is the author of poetry, novels, non-fiction, and children ’s books. Her previous children ’s books have been nominated for numerous awards, including the Chocolate Lily award, the Red Cedar award, the Canadian Library Association's Book of the Year and the Silver Birch Award. Luanne teaches Creative Writing online for the university of British Columbia and lives on her farm in BC.
"In Armstrong’s richly descriptive story, Morven grows from a young, spirited girl to a respected shaman, enduring loss, hostility, isolation and near starvation in her quest to understand her place within her clan.” — Quill & Quire

"The writing is strong and accessible … it will definitely appeal to independent teenage girls with a streak of rebellion" — Resource Links, Recommended

"Despite the ancient time in which this story is set, I think modern teens could easily relate to Morven … a wonderful glimpse into the customs and lifestyles of the nomadic tribes living on the steppes during this early point in their history" — Susan Riley, Friday Review

“a unique and intriguing story, filled with turmoil and themes of isolation, survival, and ultimately, love.” — CanLit For Little Canadians