The Goddess of Fortune (Paperback) 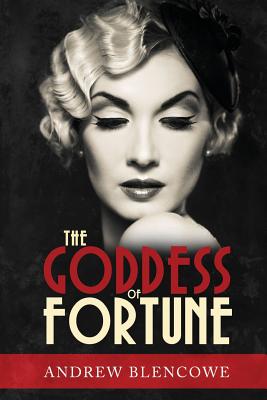 What if, by the passing of just two events, Japan and Germany had won World War 2?

The Goddess of Fortune is a work of speculative fiction in which alternate history is explored, and consequences examined.

As a work of historical fiction, Goddess reveals the private foibles, quirks, and lusts of the famous (and often rich) of the period. How could the end goals of the Axis come to fruition given these events?

Goddess explores just how, and in doing so brings to light in imaginative prose the lives of historical figures we have only known from our history books. Prepare to reimagine history, get The Goddess of Fortune today.

Originally from Melbourne, Australia, Andrew Blencowe discovered at an early age what it was like to live on the edge of life. During his high school years he dropped out to become a motorcycle racer. Smitten by computers in his early twenties, he went on to become founder and CEO of an international software company with offices on five continents. It is his international perspective and a drive to challenge assumptions that influence his writing interests. As a weekend student of history, one point he noticed over and over was how a seemingly trivial action had such immense consequences. Regarding this point of minute actions, it is akin to a 1,000-ton boulder balanced precariously on a steel knife edge; at present still, but with the smallest nudge, an army of men cannot stop the monolith from rolling down the hill. Another reoccurring point was how people's time frames are always myopically short; Zhou Enlai, when asked in the early 1970s about the significance of the French Revolution, was reputed to have answered, "Too early to say". This myopia is daily becoming worse and worse as the destruction of the intellect by mobile "telephones" accelerates. Combined with iPads and other electronic reading devices, the ability of the human mind to think and ponder disturbance-free is being destroyed one interruption at a time. These are some of the main threads in Blencowe's novels - the arrogance and massive overconfidence in the new (blithely and wrongly considered better); the panoply of quick fixes rather than a thoughtful analysis of the unexpected consequences of these often dangerous modern expedients.