Ezekiel's Eyes: One Man's Ability to See into the Realm of Good and Evil (Paperback) 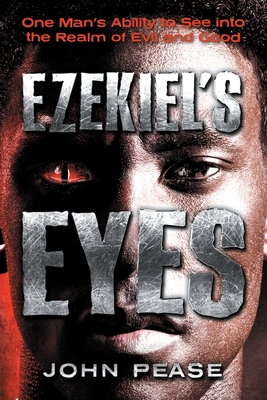 Ezekiel's Eyes is set on the eve of Tribulation-a spiritual journey into the supernatural. A young man, Ezekiel, whose faith in God is unwavering and ever steady, finds himself in the middle of the age-old fight of good against evil.

Ezekiel was born with the ability to see evil in all of its forms. But not only that, he was gifted the ability to kill it as well. On the flip-side, he can also harm an angel, which puts him in a unique position, and he now finds himself sought out by both sides.

The demons want him because if they were to possess him, they could use him to harm angels before the appointed time, which is something none of them can do at present. The angels want him because he represents a threat, which they cannot allow to be exploited to shi the balance of power that has been preordained.

An angel, Joshua, recognized all the good and potential within Ezekiel and chose to mentor and train him to stay hidden from Evil's sight, while helping him to develop his gifts. Joshua prepared Ezekiel for the impending battle he would soon have to face with the dark one, Nestor, a powerful demon who devours a person's physical body and their immortal soul. He seeks gifted ones like Ezekiel and adds their power to his own. Souls like Ezekiel's are very rare and referred to as keys. There are twelve of them in total that remain, and Nestor is intent on finding all of them. He would try to possess who he could, and then use them to draw the other keys to him-killing any that resist, taking their power and souls, until there were no more.

Joshua believes that Ezekiel not only has the power to resist Nestor, but to destroy him as well, as the time of Tribulation draws near.