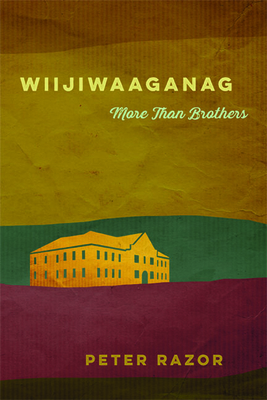 
Backordered
Niizh Eshkanag is a member of the first generation of Anishinaabe children required to attend a U.S. government boarding school—schools infamously intended to “kill the Indian and save the man,” or forcibly assimilate Native students into white culture. At the Yardley Indian Boarding School in northern Minnesota, far from his family, Niizh Eshkanag endures abuse from the school staff and is punished for speaking his native language. After his family moves him to a school that is marginally better, he meets Roger Poznanski, the principal’s white nephew, who arrives to live with his uncle’s family and attend the school. Though Roger is frightened of his Indian classmates at first, Niizh Eshkanag befriends him, and they come to appreciate and respect one another’s differences. When a younger Anishinaabe student runs away into a winter storm after being beaten by a school employee, Niizh Eshkanag and Roger join forces to rescue him, beginning an adventure that change their lives and the way settlers, immigrants and the Anishinaabe people of the Great Lakes think about each other and their shared future.

Peter Razor is the author of the award-winning While the Locust Slept, a memoir chronicling his time as a ward at the State Public School in Owatonna, Minnesota, in the 1930s and the farm indenture he suffered thereafter. He is an enrolled member of the Fond du Lac Band of Lake Superior Chippewa (Nahgahchiwanong).