Nashville Baseball History: From Sulphur Dell to the Sounds (Paperback) 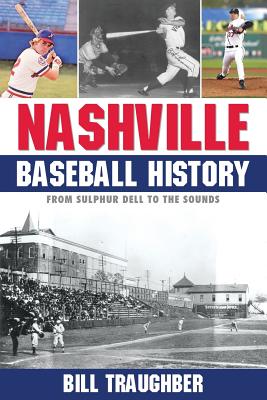 Nashville Baseball History: From Sulphur Dell to the Sounds (Paperback)

Nashville is a Big League city despite never having been home to a major league team. From the Civil War era, to star-studded exhibitions, to outstanding Negro Leagues teams, to some of the great minor league franchises of all time, few cities have as rich a baseball tradition as Nashville, Tennessee.

Nashville sports historian Bill Traughber, who has been writing about baseball for nearly two decades, traces that 130+ year history from its beginnings to today. Featuring 32 essays, detailed player profiles and stats, timelines and seasonal results, and more than 80 photos--many of them previously unpublished--Nashville Baseball History: From Sulphur Dell to the Sounds--captures all the local flavor and passion of one of the south's great baseball cities. Featuring...