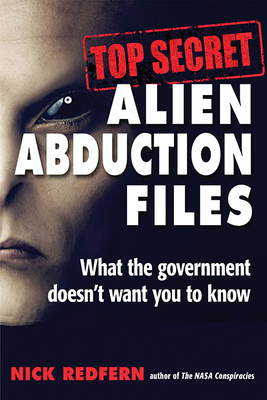 For decades, people have reported close encounters with extraterrestrial entities. Witnesses describe being kidnapped by large-headed, black-eyed creatures from other worlds. Those same creatures have become popularly known as "the Grays." There is, however, another aspect to the alien abduction controversy.

Abductees very often report being followed and spied upon by military and government personnel. It is typical for abductees to see black helicopters hovering directly over their homes in an intimidating manner. Phone calls are monitored. Emails are hacked into. Strange men dressed in black suits are seen photographing the homes of the abductees. All of this brings us to the matter of what have become known in the domain of alien abduction research as "Military Abductions," or "MILABS."

According to numerous abductees, after being kidnapped by aliens they are kidnapped again . . . by the government. These follow-up events are the work of a powerful group hidden deep within the military and the intelligence community. It is the secret agenda of this highly classified organization to figure out what the so-called Grays are really up to. And, the best way for the government to get the answers is to interrogate those who have come face-to-face with the UFO phenomenon: the abductees. Why is the government secretly compiling files on alien abductees? Is the alien abduction issue so sinister that it has become a matter of national security proportions?

Nick Redfern is the author of more than thirty books on UFOs, Bigfoot, and cryptozoology, including Monster Files, Memoirs of a Monster Hunter, and The Real Men in Black. He has appeared on more than seventy television shows, including the SyFy Channel's Proof Positive, the History Channel's Ancient Aliens, and MSNBC's Countdown with Keith Olbermann.