Billy Buckhorn and the Book of Spells (Paperback) 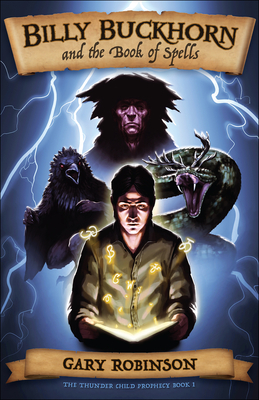 Billy Buckhorn and the Book of Spells (Paperback)

An ominous message conveyed to sixteen-year-old Billy Buckhorn by the spirit of his deceased grandmother opens the door to astounding supernatural events. Struck by lightning and brought back from the brink of death, Billy must contend with extraordinary visions and psychic insights. These new "gifts" prove both challenging and necessary as Billy begins to understand the peril behind his grandmother's words and realizes his calling to protect and defend his people.

Billy's first vision and adversary is the ancient Raven Stalker, who appears in the form of a peculiar high school teacher who has the power to suck the very life force out of human beings. Little does Billy know that this is just the beginning of a prophesied quest to vanquish mythical evil forces that have materialized and now threaten to overtake the Cherokee Nation.

Can Billy, his best friend Chigger, his medicine-man grandfather, his college professor father, and an archaeologist defeat these beasts before they rule not only the Cherokee Nation but also all humankind?