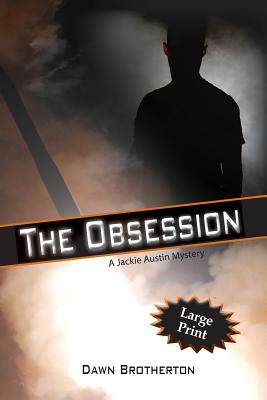 Is Jackie in danger of not only losing sleep, but losing her life?

Fresh out of Air Force missile training, Jackie was no stranger to harassment. But then the unsigned love letters began to arrive, and someone was calling her in the dead of night. Jackie would come back from work to find that her house had changed while she was away. Was she going crazy, or was there someone on base not getting the message that she wasn't interested? And would this harasser take his tricks one step further...to murder? The idea was not that farfetched. A series of murders had snaked their way across the state-murders of young, single women. Who is the attacker? And is Jackie his next target?

The Obsession is a captivating thriller, full of mystery, suspense, and danger. If you like military, intrigue, and crime-solving, you'll love Dawn Brotherton's The Obsession, the first book in the Jackie Austin trilogy.